What If my child refuses to see the other parent

Orders provided that the father spend time with the children

Judge Terry of the Federal Circuit Court recently had the occasion to address this issue in the case of Cartland & Cartland. The father filed a case against the mother for Contravention of Court Orders wherein the Orders provided that the father spend time with the children. The children involved in this case were ages 11 and 12 years.

According to the mother she already complied with her end of the bargain by bringing the kids to the handover place and found it reasonable to not pursue with the visit in view of the children’s express wish that they do not want to spend time with the father.

Taking a cue from the decision of the Court, the following guidelines may be helpful for parents who have the same arrangement in the Cartland & Cartland:

It is recognized that each case is unique and that there are many factors to be considered like the age and maturity of the child, history of violence in the family and other relevant factors. However, unless there is reasonable excuse to disobey a Court Order, parents must endeavour to make the handover of the children to the other parent a pleasant experience and not just physically bring the child at the place like what the mother did in Cartland & Cartland. 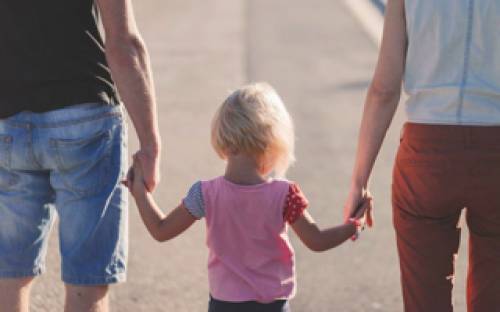