A man and his wife have been married for thirty years. The woman has breast cancer and it has spread. She is given less than a year to live. The diagnosis has put severe stress on a relationship that was already rocky. The partners agree to separate.

The husband visits his lawyer to discuss the upcoming separation. During the consultation, he tells the lawyer that his wife is dying and probably won’t see out the year. The lawyer tells him that he could make a claim for a larger portion of the estate. This is based on the fact that the man’s lifetime financial requirements are likely significantly higher than his wife’s.

The question arises, what are the husband’s chances of receiving a greater portion of the property based on how little time his wife has to live.

As you can imagine such a claim may be frowned upon by many. It is even likely that such a request would result in moral debates and discussions around personal and societal concerns.

In 2016, such a case came before Judge Brewster. In the case of Morcomb and Lennox FCCA 485, Judge Brewster noted how objectionable such a claim is. He wrote in his response:

“It goes without saying that it is quite distasteful to contemplate reducing a party’s entitlement to a share of property because he suffers from a terminal illness. However, the matter has to be approached in a dispassionate way”.

Thus, stating his learned opinion that it is not for the courts to judge on personal or moral grounds but according to the law. In this matter, the judge adjusted the property rights in favour of the wife who would likely outlive her dying partner. Although many were critical of the decision, the Judge was just following the legal condition pertaining to “future requirements”.

Although, in this case, the wife achieved an adjustment on the property claim, every such case is judged on its individual merits.

There is no certainty in such cases. Each will be judged according to the facts surrounding them. Given the level of criticism which followed the award in the Morcomb and Lennox case, we’ll watch the outcome of future cases with interest. 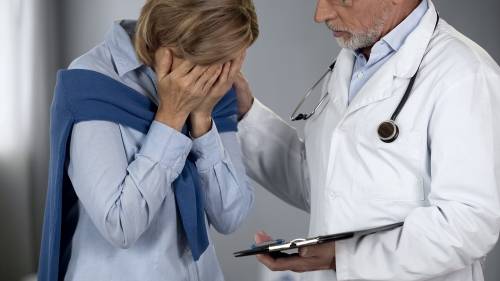