Transfers to which the ruling applies

When a property distribution to a divorcing spouse is made from a privately owned business, the payment may now be treated as a taxable dividend. A ruling by the Australian Tax Office (ATO) changes the way that certain distributions of property ordered by a Family Law Court are taxed. The ruling applies when the court orders a family-owned business to give money or property to a partner in a relationship.

The ruling may affect taxpayers when:

The ruling applies when transfers are made under section 79 of the Family Law Act 1975, which governs alteration of interests in marital property in connection with a divorce.

Before the new ruling, Australian tax law was understood to treat court-ordered transfers from a family-owned business to a divorcing spouse as the payment of a debt. The payment or transfer was not regarded as a “taxable event” requiring the recipient to pay taxes on the money or property that he or she received. In essence, the distribution was seen as tax-free.

The new ruling revises the ATO’s understanding of how distributions under 79 will be regarded when they are made a private business in which one spouse is a shareholder. Provided that the court-ordered distribution is made from the company’s profits, the distribution will be treated as a dividend rather than a debt. Since dividend payments are subject to taxation, the new ruling turns what was once regarded as a tax-free distribution into a taxable event.

Whether the distribution was made “from profits” may pose a tricky question in a few cases. As a general rule, however, the ATO’s position is that any distribution from a company that is not insolvent is likely to be a distribution made from profits.

Since the actual language of the law has not changed, ATO takes the position that its new ruling applies to all property transfers described above, even if they were made prior to July 2014, when the ruling was published. If a taxpayer settled a tax dispute or otherwise received a ruling from the ATO prior to July 2014 that treated a distribution as a debt payment rather than a dividend, that prior ruling will not be disturbed by the new ruling.

How the ruling affects section 79 distributions

The Family Law Act requires a Family Law Court to take into account the tax consequences of orders making property settlements. The court may therefore need to increase the payment a spouse receives from a private company to offset the taxes that the spouse will pay on that distribution. The end result should be that each party receives (after taxes are paid) the percentage of the property pool to which they are entitled.

To the extent that the new ruling creates tax liability that the court did not anticipate when it made property distributions before the ruling was announced, the court may need to exercise its authority to vary the order to take the tax payment into account. Divorced spouses should apply for a variance promptly if they discover that they have unforeseen tax liability as a result of the new ruling. 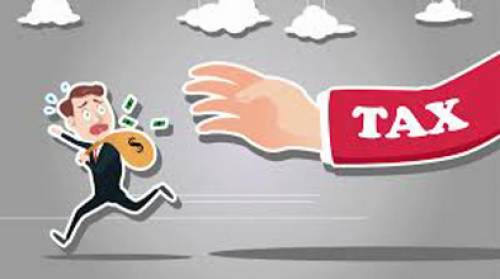