Stalking ex-spouses is more common than most people realize.

Stalking ex-spouses is more common than most people realize. Narcissistic men tend to stalk their exes because they want to control them, even though the relationship is way past repair. Stalking gives narcissists a sense of power, and they often use intimidation and violence to fuel this power. They will use any means available to look innocent while they go about harassing their ex-spouses.

Stalking is Not Limited to Famous People

While we often read about celebrities who have been stalked, thousands of ordinary folk are stalked too.According to the Australian Bureau of Statistics, women are more likely to be stalked than robbed or sexually assaulted.

Around 2.4% of women were stalked in 2000, and 15% of women have been stalked at some point in their lives. This is a scary statistic given that the law is powerless until there has been a threat or act of violence against the victim. Most of these cases involve domestic violence, and many of them result in serious bodily harm or even death! Research has revealed that stalkers are usually past masters at concealing their activities and this makes them dangerous foes to deal with.

Don’t Dispel the Threat of Stalking

Under no circumstances should you ignore your ex if he or she is stalking you. Stalkers mean to intimidate and harm their victims so treat this extremely seriously. Even if your ex-was never violent during your marriage, this is not the case if he stalks you. Stalkers are known to become violent in a second. They are hurting because you have left them and they want to exact more pain on you. If you are being stalked, you need to report this to the police and your lawyer immediately.

Watch Out for Cyberstalking

It may be prudent to take a break from social media websites during and after your divorce. Don’t rely on simply blocking your ex from seeing your profile as he may have friends that are prepared to report your activities to him. Stalkers can stalk you on these forums too and can use any information that you post on the sites against you. If you have children, you don’t want to give your ex-spouse anything that he can use against you in a court of law. This is especially important if you and he are tussling for custody of your child/children.

Make sure that you take all steps necessary to protect yourself from a stalking ex. Get the police, and whomever else involved so that you and your children are safe and protected at all times. 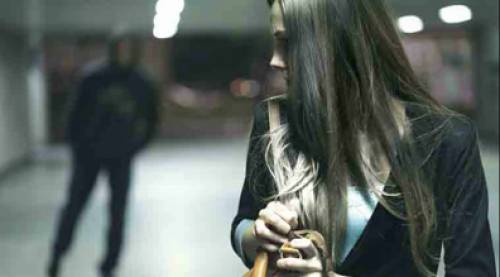