This case revolved mainly around whether interim parenting orders should include supervision when the child visited the father. Although the mother succeeded in her appeal based on a legal error, the Court on re-determination upheld the interim orders made by the judicial registrar that no supervision was needed.

After the breakdown of the marriage, the mother filed for both interim and final parenting orders. The parties agreed to the appointment of an Independent Children’s Lawyer to represent the children. The father responded with his request for interim and final orders. One child suffers from a developmental disability, and it was agreed that this child would remain in the mother’s care. The appeal mainly concerns this child.

The mother asked for an order specifying the times this child spends with the father and further asked that this time must be supervised by one of the other children, or the father must take the child to a public place outside the home.

The mother then applied to review these parenting orders in respect of the child. By consent, the judicial registrar’s order was stayed (postponed).

Again no orders for supervision were included. The trial judge did not find the evidence to suggest that the child should not have a meaningful relationship with her father. He was further not satisfied that she would be exposed to an unacceptable risk of sexual abuse.

The mother now appeals these orders by the trial judge

The Appellant’s (the mother) legal arguments

If the appeal is successful, the mother asks the Court to re-determine the matter based on the evidence before the trial judge and to make no order until an expert report is available.

The Respondents’ (the father) arguments

The father and the Independent Children’s Lawyer resist the appeal, but if it is allowed, he also asked this Court to re-determine the matter. He did not ask to put any further evidence before the court for re-determination. The ICL submitted that the re-determination should make orders identical to those made by the judicial registrar.

Interim parenting orders are necessary but temporary until all the evidence can be tested, evaluated and weighed at a final hearing. Judicial officers at interim proceedings often have to make difficult decisions and often follow a conservative approach or an approach that is likely to avoid harm to the child. When dealing with the immediate welfare of a child during interim proceedings, it is not always an option to simply ignore untested claims and evidence.

The trial judge did make some errors in his findings on controversial issues, but those matters did not affect the exercise of discretion or form part of the essence of his judgment. It was not an appealable error. Based on all the evidence the trial judge was entitled to find that there was no unacceptable risk of sexual abuse to the child if she stayed overnight without supervision. The mother’s allegation was based on an incident many years ago where she said the father masturbated in bed where the child, then 3 years old, was asleep in the same bed. The father gave a different version of the event.

Although the trial judge did not accept the recommendations of the ICL, the ICL was given an opportunity to make submissions. The judge gave good reasons why he couldn’t wait for the psychiatric report, the interviews were only taking place later and he couldn’t leave the matter pending till then. It was in the best interest of the child to determine the matter. The judge also did not err in the weight given to the father’s evidence regarding inappropriate conduct by one of the children.

Based on the error in the law regarding section 61DA the Court re-determined the review application as follows:

The Court held: It is in the child’s best interest to re-establish her relationship with her father and siblings by spending regular time with them. The nature of the uncontested evidence is such that the structure of time suggested by the Independent Children’s Lawyer is least likely to expose the child to the risk of inappropriate conduct by her siblings without adequate supervision.  Regular, but not overnight time, will maintain a meaningful relationship with her father, without any concern about her supervision needs until these matters can be appropriately investigated.

The interim orders made by the Judicial Registrar addresses all the above considerations and is in the best interest of the child.

The mother’s application to review the orders is dismissed.

This article provides basic information only and is not a substitute for a professional opinion or legal advice. It is prudent to obtain legal advice from a Family Lawyer when contemplating a separation or soon after a relationship comes to an end. It is noted that publication of this judgment by this Court under the pseudonym Marvel & Marvel has been approved by the Chief Justice under s 121(9)(g) of the Family Law Act 1975(Cth.) 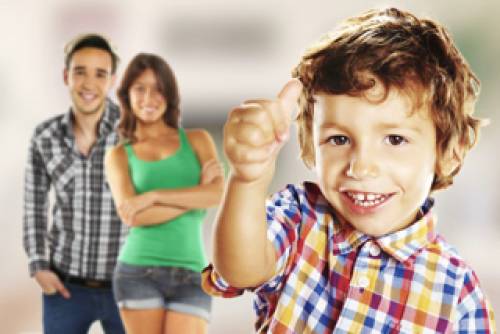