Granddads with grandkids feel left out in playgrounds

Grandfathers are feeling the social barriers whenever caring for their grandkids

A granddad can apply to be included in a parenting plan or seek orders from the court to spend time and communicate with his grandkid.

Granddads have the full support of the Family Law Act 1975. One of the recognized significant persons in a child’s life is his granddad. Granddads are encouraged to spend time and communicate with their grandchildren if it is in the latter’s best interests.

Despite the encouragement provided by the Family Law Act, granddads still feel uneasy being seen in public with their grandkids. A grandfather from Adelaide, Trevor Spencer, can’t help but notice the funny looks he gets whenever he plays at the playground with Kobi, his 5 year old grandchild.

The granddads of today were actually not so participative in the parenting of their own children. However, the times are changing and grandfathers are now more active in caring for their grandchildren. Still, the social barriers are felt by grandfathers whenever they are with their grandkids. Even Dr. Linley Denson, a senior lecturer of Psychology admits that there is a need to change society’s perception of grandfathers.

Regardless of what other people think, granddads have a right to be with their grandkids. The question is how to assert this right. Section 60B of the Family Law Act 1975 ensures the best interests of a child.

Based on the aforementioned provision of law, granddads can apply to be included in the parenting plan. A parenting plan pertains to the parenting arrangements for a child, including with whom the child should spend time and communicate with.

The good thing about consent orders is that this is binding and enforceable upon all the parties. For a granddad, consent orders mean that his right to spend time and communicate with his grandkid can be enforced by the court if violated.

The court will be weighing the likely effect of separation between the child and his granddad. Another consideration for the court is the capability of the granddad to care for his grandkid. The granddad must be able to cater to the emotional and intellectual needs of his grandkid. When going to court, it is advisable for a granddad to seek legal advice. A granddad must prove to the court that his active presence is to the child’s best interests.

Grandfathers are feeling the social barriers whenever caring for their grandkids. Granddad from Adelaide, Trevor Spencer, reports that he gets funny looks whenever he is at the beach or playground with his grandson Kobi, aged five. He says, "I feel like I sometimes should wear a name tag that says 'it's OK, I'm his grandfather' to make this less uncomfortable."

Dr. Linley Denson, senior lecturer in Psychology, said that there was a need to change perceptions of grandfathers as more men in their 50s and 60s spend time with their grandchildren. Dr. Denson further said that grandfathers were quite sensitive with the child protection issue and they feel excluded in playgroups.

According to Ageing SA Executive Director SA Ian Yates, the University of Adelaide research echoes the feedback which his organization receives. He said, "Another thing we find is that in many cases men who are grandparents were not necessarily heavily involved with parenting with their own children, so it does tend to be a newer experience than many of us think." SA Ian Yates said men are not as good as women in networking that is why it is harder for them to establish connections. 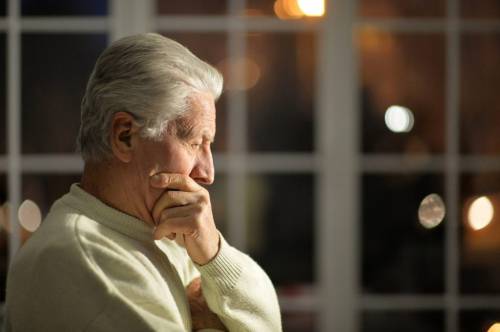