What is a forced marriage?

Forced marriage is not limited to particular cultural or religious groups. It is a form of gender-based violence that happens all over the world. Anyone can be a victim of forced marriage, regardless of ethnicity, age, gender or sexual orientation. In Australia, forced marriage is regarded as a slavery-like practice and an abuse of human rights. We have laws protecting people who are at risk of forced marriage.

In this article, we aim to provide you with more information regarding forced marriage, what to look out for when you suspect that someone is at risk of forced marriage and where to find help and advice.

A forced marriage is when a person enters into a marriage without giving their consent freely and fully. This could be because they were threatened, forced or deceived into giving consent; or they are not capable of understanding the nature and consequences of the marriage ceremony because of age or their mental capacity.

Most reported victims are young women and girls, but boys and men can also be a victim of forced marriage.  Sometimes the coercion is easy to identify; it can include physical or sexual violence, or the victim can be prevented from leaving a particular place or location until he or she agrees to the marriage.  Other types of coercion like psychological or emotional pressure can be less obvious to detect. The person is made to feel responsible for the consequences of not getting married. It can include making the person feel that refusal to get married will bring shame on the family.

The Australian Government strives to fight against and prevent serious forms of exploitation like human trafficking, slavery and slave-like practices such as servitude and forced labour. The Government’s response to forced marriage forms part of this strategy.  Forced marriage is a crime and such a marriage can be declared null and void.

The offence of forced marriage applies to:

Take note: The offence applies regardless of the victim’s age, gender or sexual orientation.

The offence of forced marriage does not apply to:

If one of the parties to a marriage is between 16 and 18 years of age, the Marriage Act permits the marriage, but only if:

Sometimes children and young people are taken overseas to be forcibly married. This is illegal in Australia. The Australian Federal Court can make orders to prevent a child from being taken overseas for the purposes of forced marriage. To achieve this, the Court can order that:

What can you do if you think that someone is at risk of forced marriage?

If you think that someone is at risk of forced marriage, or the person is already in a forced marriage, you should contact the Australian Federal Police (AFP). If there is an immediate danger contact Triple Zero (000).

It is not always easy to be sure, but often a combination of the following signs could indicate a risk of forced marriage.

For more information and resources the Australian Government developed a forced marriage community pack in partnership with the National Roundtable on Human Trafficking and Slavery’s Communication and Awareness Working Group. You can access the pack by emailing the People Smuggling and Trafficking Section at peoplesmugglingandtrafficking@ag.gov.au , or you can call 02 6141 6666.

Some sections of the Community Pack on Forced Marriages are available in Arabic, Dari, Farsi, Somali, Tamil and Urdu.

The victim is often scared to tell someone. If you think that someone is at risk, you should seek advice and help as soon as possible. Be mindful of your own and the victim's safety. You can remain anonymous when you contact the Federal Police if you wish. You can contact the AFP online by completing a form on the Human Trafficking page on the AFP website, or you can call 131 AFP.

Where to find help and support

he Australian Federal Police (AFP) can provide immediate assistance, especially where the victim needs help to make sure that he or she is not taken overseas. They can also refer victims to safe accommodation, legal advice and counselling.

If the victim is a child, the AFP will always act in their best interest. The AFP will provide initial support even if the victim doesn’t want to assist in an investigation or prosecution. 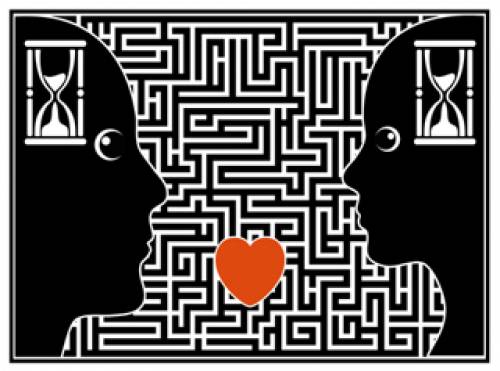