Finding a way to recapture the love in your marriage

He may want a divorce

When you start to feel as if your husband is blaming you for everything it is easy to become despondent about your relationship. It may be that your husband is deliberately picking fights with you to create the friction that he needs as an excuse to get out of the marriage without making it look as though he is the culprit behind the breakup.

If your husband’s motive in picking on you all the time is to get out of the marriage, what he wants is for you to retaliate so that the argument can escalate. Every time he picks on you and you respond in anger the fight is likely to get progressively worse, causing more damage to your relationship, and giving him the opportunity to start the divorce discussion.

Rather than retaliating in anger you need to stay calm. Don’t afford him the opportunity to create the environment that he seeks where he can confront you with a discussion on divorce. You need to recall what attracted your husband to you in the first place and try to recreate those circumstances again.

Many women when they marry forget that their primary function in the relationship prior to marriage was that of a romantic partner. As we concentrate on our families and somewhat alter our roles we become less independent, focusing on the home and the children and putting our intimate partners on the back burner so to speak. If this is what has happened in your relationship, your husband may have lost his love for you. If you could recapture the carefree independent person that he fell in love with, you could have a chance of turning that around.

With a little bit of work, you can recapture your man and make him love you again. It can’t be too difficult. In many cases, the husband would love to fix the marriage but doesn’t know where to begin. They don’t teach you how to fix relationships in college. Women are more likely to seek assistance in fixing their marriages than men.

Obstacles to fixing your marriage

How to repair the relationship

If you want to save your marriage you must prioritise your relationship and start to work on it today even if you don’t have the support of your husband. With determination and the right frame of mind, you can get your marriage back on track.

Advice for when your marriage is not thriving

It can be very difficult when you have put all your efforts into your relationship and still it feels as though your marriage has hit the skids. It can be disheartening and many people give up the fight for their relationship because they become discouraged.

Some people know that their marriage is failing but they do nothing and hope that the problem will resolve itself. Problems are seldom resolved without any intervention from one of the partners. Many people actually take actions that cause the marriage to deteriorate even further until it spirals out of control.

Actions to avoid when your marriage is in trouble

Many people when upset by the actions of their partner will rush off to consult a lawyer. This can result in unintended circumstances. The lawyer may see the visit as an opportunity to gain a new client and may push you to get divorced when all you really wanted was to let off some steam.

When one partner leaves the relationship many hurt individuals will run him down to family and friends, seeking advice. This is really a bad idea as you won’t get unbiased advice from friends and family. If you end up back together with your spouse you could regret that damage you may have done to his reputation by running him down to people that are still part of your life.

What to do when your marriage is in trouble

Marriage takes work, so if your marriage is in trouble you probably have not been working hard enough at it and you should take responsibility for that.

Don’t start thinking divorce the minute your marriage hits a snag. Did you really think that marriage would always be sunsets and pink champagne? Start working on fixing the relationship. Often it doesn’t take much. Small actions can make a big difference.

Don’t hit a panic when you realize that your husband doesn’t love you any more. Perhaps he has even told you this. You can work on the relationship. You can make him love you again. Many couples have worked on their marriages and have come from the brink of breaking up to a happier and more fulfilled relationship that is stronger than ever before.

Very often in a marriage, the behaviour of one partner is reflected in the behaviour of the other. If you never give your husband much attention, ignoring him while you tend to everyone else, he most likely does the same to you. If you never tell him that you care or show him by your actions that you do, don’t expect him to act any differently. By giving him more love and attention you can make him love you again. It won’t be long and you will see a noticeable change in his attitude toward you.

Don’t give up. Your marriage does not have to end up in a divorce. 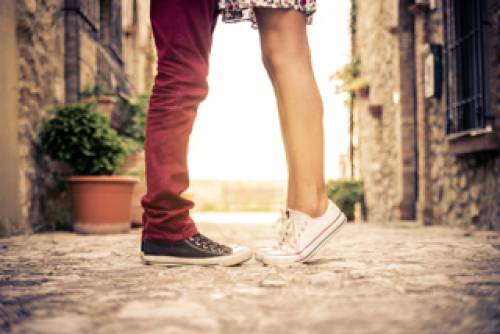