A farmer with rural property holdings value in excess of $10 million has won a Family Court legal fight with his ex-wife to be on the property.

The man, who cannot be named and is known in court records as Mr Casper, fought his wife of 16 years to stay on the property his parents gave him to farm 11 years ago.

Much of the land was originally owned by Mr Casper's parents. They gave the land to him in trust, and it has provided him with an income and a lifestyle. He argued in court that although he could find other work, it would not be the same.

The decision is important because the soaring cost of land in rural areas, coupled with the high divorce rate, has put pressure on family farms. In some cases, generations-old properties had to be sold in property settlement.

The farm was described as more than 1200ha of produce-growing land with "significant returns in the good years", although that depended on the weather and the market.

Ms Casper told the court she wanted her ex-husband to be able to stay on the farm, but said: "If the husband is unable to pay for a reasonable property settlement without the sale of the property, then that is what must occur."

The couple were married in 1991. At the time, the wife had few assets. They included $2000 in a savings account and $3000 in superannuation, plus some household items.

The husband had an interest in his family's trust. It was not clear what it was worth at the time. In 1995 - four years into the marriage and after the birth of two children - the husband's parents transferred property and farming equipment worth $1.97m to the husband's family trust, known in court documents as the Casper Family Trust. The value of the land is now $9.75m, plus $700,000 of equipment.

When the couple separated, the Family Court was asked to decide how the property should be divided. It considered such matters as who bought the property into the marriage, and who conserved and improved it, as well as the weight to be given to the wife's contribution to the marriage as primary carer of the two children, now aged 17 and 15.

The judge found the husband had largely worked the farm, and remained manager of the farm after separation, while the wife took work as a schoolteacher.

In Casper and Casper, Family Court judge Stuart Fowler said he was inclined to make a ruling that enabled the husband to keep the family farm, while providing the wife with a comparatively small amount of cash.

The judge divided the asset pool 70-30 between husband and wife. He ordered the husband to pay the wife $1.7m so she could buy a new place to live. In return, she was ordered to transfer properties on two titles, known as the A-Farm and the B-Farm, to her ex-husband.

The husband was granted ownership of $6000 of AWB shares, $4000 in Wesfarmers shares, plus shares in Telstra and News Corporation.

The wife was ordered to resign from any positions she held in the Casper Family Trust.

The judge said it was "common ground" that the husband had significant assets before the marriage and that his investment in the farm, by his labour and capital, had increased its value.

Since separation, the wife has been the primary carer of the children, and is working as a schoolteacher, earning $60,000 a year. The husband works as the manager of the farm.

"Justice requires the court to establish a means by which ... the husband can retain his working farm" without leaving the wife homeless, the judge said. 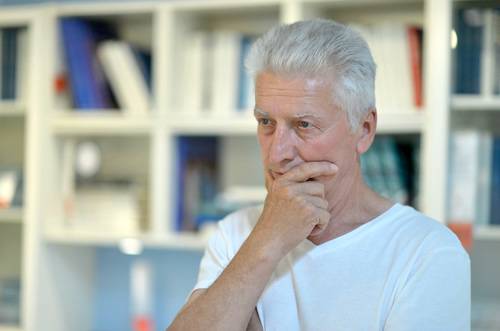